2019. június 13. 9:31
Transnational economic law shall be measured against human rights standards, while there is no place for an investment protection system in an internal market – says Markus Krajewski, chair in Public Law and Public International Law at the University of Erlangen-Nuremberg during a conversation with Lénárd Sándor, researcher at the American Studies Research Institute of the National University of Public Service, located in Budapest.

Lénárd Sándor: I am happy to greet Professor Markus Krajewski who is an internationally recognizd scholar in transnational economic law and also Chair in Public Law and Public International Law at the Erlangen-Nuremberg University. Professor, you are leading a project that I find quite fascinating: “human rights as standards for transnational economic law”. I think it is a very timely subject since we live an increasingly globalized and digitalized world where non-state actors like transnational corporations have at least such a decisive impact on human rigths as states do. Could you give us some insights into the background and mission of this unique research?

L. S.: Your project shows us a new approach that is unique in international law. Indeed, it clearly proves in legal terms that unrestrained beliefs in market ideology at the end of the 20th centrury were mistaken. Thirty years ago neoliberalism and the idea of the “Washington consensus” encouraged and also expected countries around the world to open up their economies by liberalizing, deregulating, and privatizing. In this spirit, states were eager to join the “train of globalization” as President Clinon once said by concluding, among others, international investment treaties without realizing the costs and consequences that come with those treaites. Can you shed some lights on how these investment treaties work and why they pose a threat to internationally recognized human rights? There are now more than 3000 mostly bilateral treaties that are designed to protect foreign investors and investments.

They were invented even before the “Washington consensus” but as you rightly pointed out they became prominent throughout the 1980s and ‘90s. From an international legal prospective, they have a unique instrument and mechanism. While they are agreements between States, they confer both procedural and substantive rights to individuals, mostly transnational companies who are investing in another country. So let me give you an example. If there is a U.S., German or Chineese investor in Hungary and Hungary concluded such a treaty with the U.S., Germany or China, then the investor can directly turn to an international arbitration panel, if he thinks that some of the activities of the State of Hungary either treated the him in a discriminatory way or in a way that are not fair or equitable. This arbitration panel would then assess the activities of the Hungarian government against these international treaties. If the panel declares a violation of the treaty, it would award the investors damages which sometimes goes into the millions or billions of U.S. dollars.

L. S.: Based on your example, it seems that these mechanisms - similarly to constitutional or administrative courts - are able to influence what and how a State regulates.

M. K.: Well, this is the problem here: Either the award itself or just the threat of an award or the argument that a certain government policy could run against the investment treaty can lead to the so called “regulatory chill effect”. In this situation the States refrain from adopting or enforcing certain regulations.

So for example we sometimes see in the Global South as well as in Eastern Europe that countries are trying to engage in activities to protect various human rights such as the right to health or the right to work, but the threat of investment arbitration may constrain these attempts and therefore becomes a restriction on the States’ regulatory autonomy.

L. S.: You mentioned that thare are more than 3000 investment treaties around the world. So these treaties have become both the major vehicle and the one of the most importnant pillars of economic globalization. Can we achieve a “globalization with human face” under these circumstances? What reform steps can be envisioned?

M. K.: States, civil society and academia all realized that the international investment regime is not fair and therefore reforms are necessary. No one questions this any longer, but stakeholders differ as to where, when and how they think reforms are necessary. There is a group of countries along with scholars and civil society actors who say that the system is so flawed that it cannot be reformed. The only solution is to terminate those treaties so that foreign investors should not have any more rights and priviliges than donmestic investors have. However, many states are a bit hesitant to follow this path since they are afraid of sending the wrong signal to international investors. That is why we have the second group who are the radical reformers. They try to change the system substantially by either excluding certain standards or by reducing the level or protection to the principle of non-discrimination.

L. S.: Is this the approach that the recently concluded United States–Mexico–Canada Agreement (USMCA) take which is designed to replace NAFTA? M. K. In the case of the USMSCA, the unique dispute settlement mechanism that allow private actors to raise the claim, is partly eliminated. In the relation between Canada and the U.S., Canadian or U.S. investors can longer use the dispute settlement mechanism since it is limited to the State as it is the normal case in public international law. There is a third group, the moderate reformers. They are of the opinion that clarification of substantive standard is needed to reduce the impact on regulatory autonomy and the dispute settlement also needs to be reformed to reduce the arbitration characteristic. The EU is leading the camp of the moderate reformers, but to my mind the EU focuses too much on reforming dispute dettlement only and clarifications of the standards of protection. The EU does not consider investor obligations, procedural rights of stake-holders such as affected communities or restricting the standard of protection to non-discrimination.

L. S.: Speaking about the EU, there is additional dilemma. Central and Eastern European countries uncritically accepted the “Washington consensus” and even before the change of regime they rushed to join the investment treaty network. An article of the New York Times from 1992 about Czechoslovakia well illustrates this by pointing out that “nowhere else have American managed to reach a position of such decisive influence in the conversion of the economy.” But with the eastward enlargement of the EU, around 200 of these treaties became intra-EU treaties leading to many intra-EU disputes. In its last year’s decision, the Court of Justice of the EU declared the arbitration clause of these treaties incompatible with the EU law and the Prime Minister of Hungary was among the first to give the green light for the conclusion of a termination agreement. How do you see this dilemma and what do you think of the argument whereby the intra-EU treaties provide unfair advantages for invstors of capital exporting countries in an internal market where discrimination is theoretically prohibited? As you rightly see, they provide an unfair advantage for Western European capital in Eastern Europe.

It distorts the internal market and it is high time that all European countries come together and terminate these agreements. However, it is still unlikely that they do that because there are pressures of business interests to maintain these special privileges.

L. S. Let’s take a look at the “other side of the coin”. Since the Treaty of Lisbon the European Union has a common and still evolving external investment policy. It can certainly increase the negotiating leverage vis-à-vis non-EU countries. In your view, what does it mean for capital exporting European countries such as Germany and capital importing European countries such as Hungary? In light of the common EU competence, can we hope to be able to recapture a more autonomous market-regulation?

M. K.: Well, I would say “the jury is still out”. Although we know how the new EU approach would look like but we do not have any new agreement that actually entered into force. A new mechanism exists within the agreement between the EU and Canada, the EU and Singapore, the EU and Vietnam, but these agreements are not yet in force. So we have to wait and see how this new approach will unfold. But you are absoluately right in saying that the EU has gained the competence in investment protection. However, this is not an exclusive competence. Member States remained also competent. So these new investment treaties that the EU is negotiating will have to be ratified by the Member States too. It is important to point out that although we often hear that the EU is always gaining more and more power while the Member States are becoming less and less influential, here we have an area where the EU needs the Member States to join to its efforts. In legal terms, this is a shared competence. In substance, the new EU approach contains some interesting innovations, especially when it comes to clarifying and narrowing the substantive standards. In addition to that, the EU also proposes to establish a so called Investment Court System. Although there are a lot of benefits of a court system over an arbitration system, there are also some questions around it. For example, why can an investor go to a court and why individuals cannot do that? If you are a Hungarian citizen and your human rights are violated in Canada, you cannot go to an international court, since there are no international human rights courts. However, if you are a Hungarian investor, you could turn to an International Investment Court. I think this is a question which still needs to be addressed. 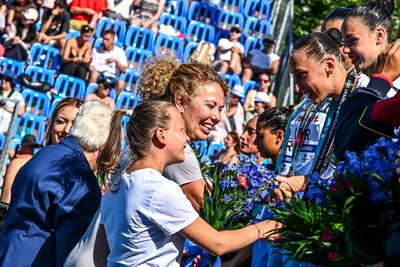 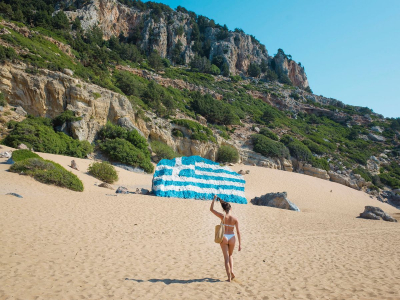 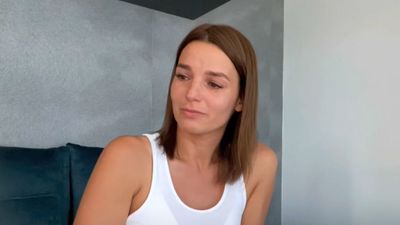 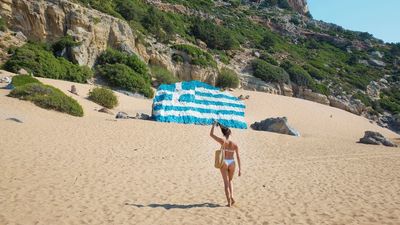 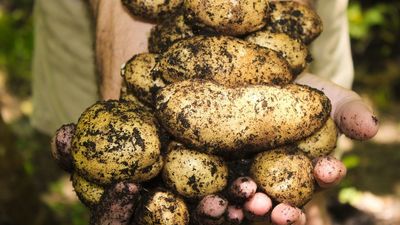 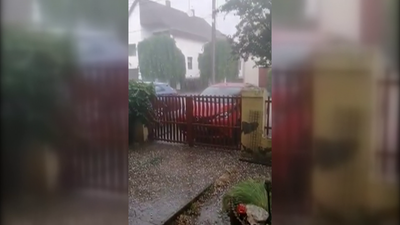 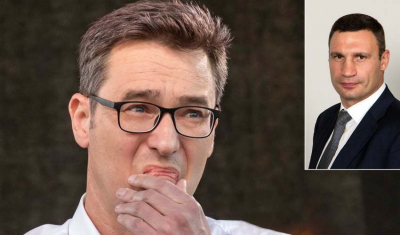 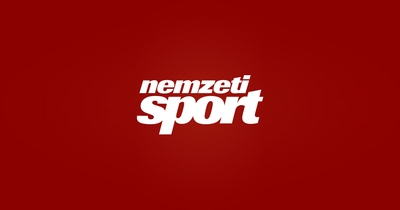 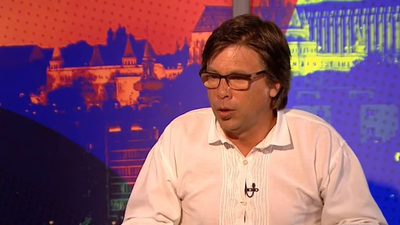 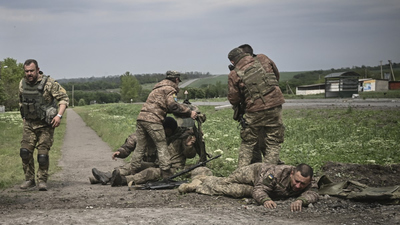 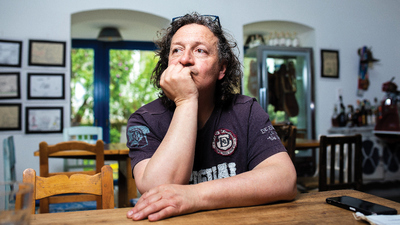 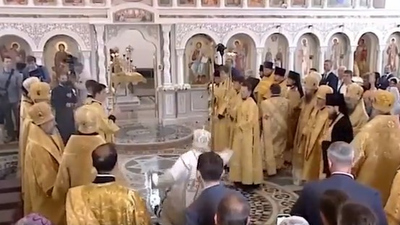