Europe needs to be reconstructed - conversation with David Engels

2020. július 27. 11:02
Europe (and the West in general) are afflicted by a curious form of subconscious self-destruction: the unwillingness to defend their own cultural identity and strategic interests. The Visegrad states are for the moment the last large sanctuary of true European identity. This might be a historical occasion: they could become a firm basis from which Western European conservatives could proceed to the cultural reconquest of Europe – pointed by David Engels, professor of the Free University Brussels in a conversation with Lénárd Sándor, researcher at the National University of Public Service. An interview by Sándor Lénárd.

Even though the European integration turned 70 this year, it seems there is neither reason nor time for celebration. The coronavirus pandemic brought a devastation that has not been seen or experienced at least in the Western part of Europe since the Second World War. How would rate the responses of the EU to this crises?

First, I must say I am still quite unsure when it comes to assessing this pandemic, as it seems to me that the Coronavirus health impact might be much less dangerous than the consequences of the quarantine which is about to provoke an economic disaster from which Europe may not recover for years, perhaps even decades. This issue notwithstanding, the responses of the EU have been quite typical and thus, as usually, first deceiving, then deceitful. First, EU officials such as Ursula von der Leyen condemned all member-states (such as Poland) which closed their borders, advancing the usual argument that “borders are never a solution”, that we all have to “stand together”, that special emergency powers would breach the “rule of the Law”, etc. Then, when it became obvious some member states such as Italy (and later on Spain) where in a huge sanitary crisis, the EU did nothing at all and simply vanished from the public sphere for some weeks, leaving it to states such as China and Russia to spontaneously deliver medical material – a fact which has deeply disgusted the Italian people who has systematically started burning EU-flags. Only very late in the crisis, the EU has started to set up a common fund in order to help the member states to recover. Very interestingly, however, the rhetoric accompanying this help was barely addressing the immediate medical needs of the states, but rather involved fields of action quite unrelated to the Covid-19-crisis (though typical for the present agenda of leftist-liberalism): digitalisation, protection of the climate, gender equality, migration, etc. These days finally, as the worst is clearly over, the EU is massively enlarging this fund and obviously does not aim at all to fight the Covid-19-pandemic, but rather to force the European states into a liability union from which they will never be able to escape again. It is thus scarcely surprising that the crisis has not united the Europeans behind the EU, but rather contributed to divide them.

It seems that the current crises might only be the straw that breaks the camel’s back in a sense the European integration has been experiencing a decade long crises: the financial crises, the migration crises and the current pandemic. The Hungarian Prime Minister in a recent online international conference pointed out that the EU has been in retreat in terms of its reproduction rate, defense spending as well as its weight in the global economy. How would you assess the last decades of the European integration and what did in your view lead to its current decline?

Indeed. Europe and the European Union were already in an extremely fragilised state before the Coronavirus hit the continent, and had it not been for this specific pandemic, there would have been, sooner or later, another incident which would have provoked a similar result. Europe (and the West in general) are afflicted by a curious form of subconscious self-destruction which is typical for all late civilisations, as I have tried to show in my book “On the path towards Empire” (Paris 2013; Hungarian: “A Birodalommá válás útján”, Budapest, L'Harmattan, 2017).

Demographic decline, mass immigration, moral deadence, islamisation, social polarisation, the disappearance of Christianity, the rise of a political oligarchy, the unwillingness to defend our own cultural identity and strategic interests, materialism and consumerism

– all these are only the symptoms of an underlying, extremely grave identity crisis, which is even made worse as Europe has to face the rise of China, the demographic explosion of Africa and the radicalisation of islam. The European institutions could have been an instrument of commonly fighting these problems; instead, they have become a tool of accelerating our own demise. By adopting the ideology of political correctness, they have transformed the voluntary increasing of the European decline into a political programme – with disastrous consequences.

One can also witness that the role of nation-sates and democracy itself have been continuously shrinking in the European integration. The rise of a European judicial power in Strasbourg and Luxembourg as well as the emergence of lack of understanding of each other’s legal cultures are the current characteristic of the integration that are constraining nations. Although in one of your studies you quote Karl Theodor von Dalberg who once pointed out that “[m]ost European constitutions resemble a permanent Gothic building that is perhaps not built according to all the rules of architecture, but in which one lives safely.” In light of this quite expressive quote how do you see the concept that wants to see Europe as a vehicle that sidelines the nation states?

Do not get me wrong on this: To me, a strong institutionalised cooperation between the European peoples is, more than ever, a vital necessity, but unfortunately, the EU in its present form has become the worst enemy of the Western civilisation and needs to be fundamentally reformed. The Nation state, though an important part of Western identity, is unable to face the crises of the 21st century, and a Europe once again splintered into dozens of small states would merely become the battle ground of the conflicts between the US, China, Russia and the Islamic world instead of regaining its liberty. This is why I think that the model of the Holy Roman Empire as described by the quote you mentioned is so interesting: instead of being a centralised, inefficient, bureaucratic and soulless monster, the “Sacrum Imperium” managed for many centuries to combine its member states’ autonomy with a highly efficient defence of its outer borders and some measure of common rules and guidelines. And what is even more: this empire showed how elective magistracies and a highly pluralistic participation in the empire’s common affairs could be combined with a transcendent foundation of law and tradition. This is also why, in my recent volume “Renovatio Europae” (English version Groningen 2019), I describe how a future EU could be modelled after the Holy Roman Empire in order to assure the member states’ inner autonomy as well as the overall defence and commonwealth of the European civilisation.

All three major EU institutions recently gave their blessings to the Conference on the Future of Europe that aspires to provide a forum for discussion about the potential reforms of the EU as well as about the future of the European continent. What grand strategy in your view European nations ought to pursue to make their continent and integration successful and competitive? What in your view can provide a fresh start or new impetus for Europe?

The current situation is highly complicated. On the one side, there are the leftist-liberal elites in power in most large European member states such as Germany and France, whose aim it is to cement their dwindling power by centralising the European Union and creating a common budget, a common financial liability and a common social policy – projects which are not necessarily bad as such, but which are becoming so as they are used as powerful tools in imposing the dangerous political agenda of political correctness, i.e. multiculturalism, mass immigration, transhumanism, laicity, islamisasion, LGBTQ-ideology, ultraliberalism, etc. The “Conference on the Future of Europe” is meant to endow this project with a false legitimacy in order to present it as a democratic and civic “grass-root”-initiative; and of course, the alleged “common fight” against the Coronavirus will also be an additional argument in the debate for “More Europe”.

On the other side, you have the enemies of such a unification, whose veto will make it quite difficult to push through Merkel’s and Macron’s agenda.

However, they are divided into those who just wish a return to the classical Nation state – an understandable, but dangerous idea –, and those wanting to propose an alternative form of European unification, based on more subsidiarity and, most of all, on the historical values of European history, essentially the Greco-Roman and Judeo-Christian tradition – a combination I have called “Hesperialism”. It is extremely difficult to find a compromise between these different options, which is why, some weeks ago, on the initiative of the Polish “Stowarzyszenie twórców dla rzeczypospolitej” presided by Prof. Krasnodębski (MEP), I have written the “Preamble” for such a future Confederation of European nations (https://visegradpost.com/en/2020/06/24/towards-a-confederation-of-european-nations-find-out-more-about-the-preamble-of-a-future-european-constitution/; shortly to be translated also into Hungarian) as a rallying ground for all those in favour of the European unity as well as of a defence of our traditional Christian identity.

There are still many visible cracks in the EU. There is the north-side divide but there is also the “old” Europe before the Eastward enlargement and the “new” Europe after the Eastward enlargement. One can still experience a lack of understanding or sometimes outright contempt from West or at least from certain ideologies in the West to East. What can the Visegrád 4 countries give to Europe in this time of crises?

The Visegrad states, though still very loosely organised, are for the moment the last large sanctuary of true European identity: Whereas Western Europe is wallowing in self-hate, multiculturalism and collective cultural as well as ethnic suicide, Central and Eastern Europe are still upholding a traditional form of Christian and national identity that has largely disappeared elsewhere. Given the fact that the next years, even decades, will be marked by an ever greater economic decline, it is probable that the West will become the subject of rising civil unrest and ethnic clashes, while the East will stay relatively solid, from an economic as well as from a security point of view. This might be a historical occasion: On the one hand, countries such as Hungary and Poland could become a firm basis from which Western European conservatives could proceed to the cultural reconquest of their homeland and, ultimately, Europe; on the other hand, the East could set up an institutional framework able to counterbalance the nefarious effects of the axis Berlin-Paris. In my view, the current Visegrad alliance is thus just a first step: It should first endeavour to create its own firm institutions as an inner alternative to the rule of Brussels, and then systematically try to involve also the other states situated between the Baltic and the Black Sea in order to become a blueprint for the new Europe that may emerge once the West will understand the error of embracing political correctness, multiculturalism, relativism, transhumanism and ultraliberalism. 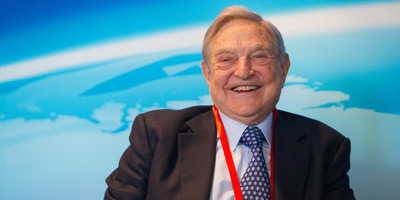 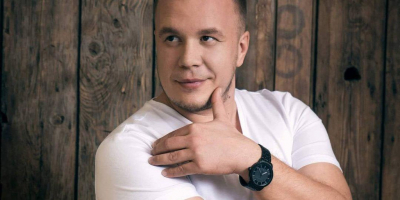 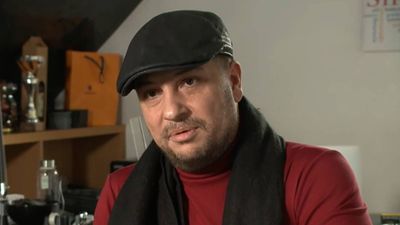 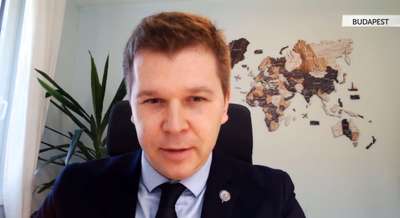 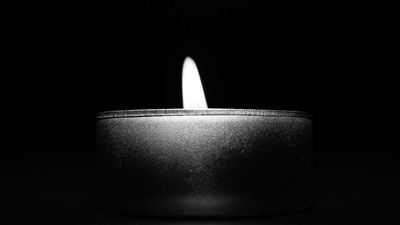 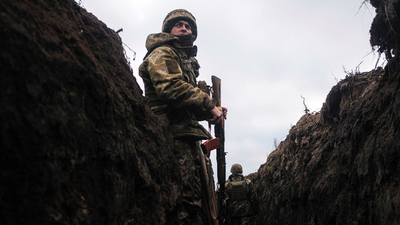 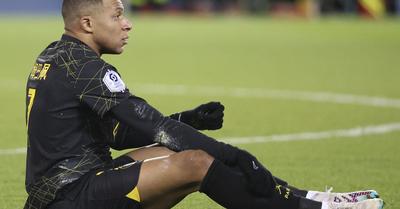 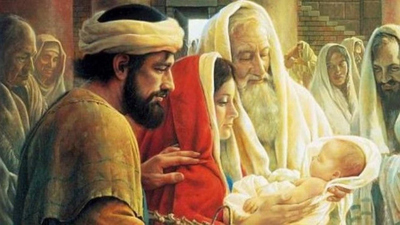 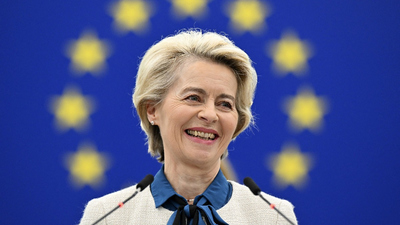 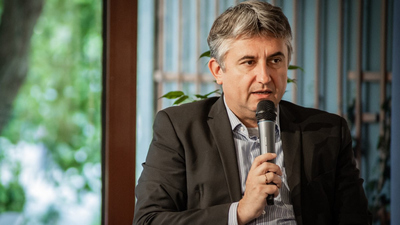 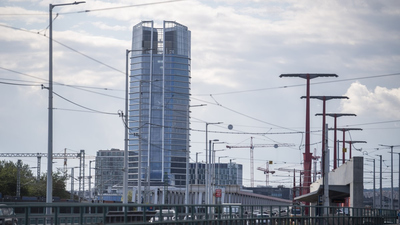