“If we refuse to orient the ship ‘Europe’, others will steer it for us” – conversation with José Luis Bazán

2021. június 1. 9:41
According to the international lawyer, we can stop the decline of Europe built on Christian values, but we need active citizens. Because the mistake is not made by those who act, but by those who choose silent resignation.
José Luis Bazán is a Spanish international lawyer who holds a PhD in International Law from the University of Navarre. His main area of research is the relationship between human rights and Christian ethics, including the protection of the created world. He also deals with the phenomenon of persecution of Christians, in this capacity he has prepared several reports on the cases of Nigeria and Mozambique. He has visited Hungary on multiple occasions, most recently for an international climate conference organized by the Migration Research Institute.

In a rule of law system, the courts are there to give solutions for cases based on the law adopted by the legislative branch. The problem that has been highlighted by both the academia and by practitioners is that courts go beyond the principle of separation of powers when they are trying to create or re-create new rights without any law backing this process. Courts thus become a kind of legislative body competing or substituting the only legislative branch that is recognized in a democracy, the parliament.

What are the possible differences between judicial activism at national and at EU level?

In any constitutional democracy based on the rule of law, separation of powers and the system of checks and balances, this kind of activism should not be accepted. It does not matter if it happens at national or at European level. However, there is clear difference between the phenomenon of national and European judicial activism.

When it comes to the Court of Justice of the European Union (CJEU) or the European Court of Human Rights (ECHR), their decisions may impact upon hundreds of millions of people across Europe.

Moreover, international courts are sometimes far away from the reality of the country where the case was originated, that’s why it is important that they respect their subsidiary role and don’t undermine the ethos of the society. Therefore, courts, either national or international, should refrain from breaking down the democratic institutional equilibrium.

It is not an uncommon approach that some judges are nominated to European courts who are experts in law, but in their professional lives they have overwhelmingly worked for or led NGOs. How does this affect the legal system and the social perception of courts?

The European Centre for Law and Justice led by the famous French legal expert, Grégor Puppinck has recently prepared a report on the promotion of candidates to the ECHR. This document also highlights that the links between NGOs and courts is a problematic issue. I do not think that every professional who worked for the civil society must be immediately rejected, but we have to take into consideration the principle of impartiality. A conflict of interests at the time of nomination is not the only problem.

We have to ensure that the society trusts the nominated judges to carry out the work they have been assigned, and even the slightest doubt over impartiality can undermine this trust.

If there is a general perception that a judge cannot find fair and just solution to cases due to actual or potential conflict of interests, this trust cannot be achieved and the justice system is damaged. Transparency is key in this regard, all actors that have political relevance should be transparent, including civil society organisations. Citizens have a right to know the links between the European courts and NGOs as this aids the positive social perception of legal professionals. What safeguards can be used to encourage their positive perception by society?

I am in favour of electing judges to European and international courts coming directly from the judiciary of states. In this case, the possibility of political influence would not cease to exist, but the risks would be minimalized. Moreover, the nomination of judges coming from the academia should not be encouraged. A nominee who does not know the procedures and has not been a practitioner cannot change his academic mentality to a practical approach overnight. Lastly, the society must take into consideration the pressure of the mainstream media; sometimes judges have difficulties to express what is right because they are afraid of the consequences.

At the moment a hot topic in the media is the renewed conflict between Israel and Palestine. The International Criminal Court (ICC) recently started investigating possible war crimes that happened in the Gaza Strip since 2014; however, Israel is not an ICC member and therefore the court has no jurisdiction. Is activism also present in the work of the ICC?

When it comes to the ICC, the question is rather centred around the influence of the media and other actors. I wonder, for example, why the public prosecutor of the Court did not initiate an investigation into the atrocities Christians or other religious communities have faced in countries such as Nigeria and China. Regarding the crisis in the Middle East, there is an international atmosphere which does not favour Israel in terms of reputation, and more and more actors wish to trial the State of Israel.

The question is whether the crimes of both sides or only those of Israel will be investigated.

We are certainly not witnessing a one-directional attack, we have recently seen hundreds of rockets fired from the territories of the Palestine Authority. International justice should be ruled by impartiality, and there should be a fair and impartial examination of all criminal actions. Therefore, activism is more noticeable in the case of courts that deal with the protection of human rights who, to a certain extent, view themselves as if they were constitutional courts.

Do European courts hold this view of themselves as well?

Both the CJEU and the ECHR perceive themselves as last instance courts. In the case of the ECHR, Protocol 15 to the European Convention of Human Rights is clear regarding the subsidiarity of the Strasbourg Court and the margin of appreciation of the State parties. Therefore, it is clear that the ECHR is not a last instance court, nevertheless, it views itself as such. The Lautsi v. Italy case demonstrates this as the Court first ruled that Italy should withdraw the crucifix from school classrooms. It was the Grand Chamber that in the end reversed the decision.

Every student of law, political science and international relations should read the opinion of Judge Giovanni Bonello in that judgment,

who stated that the “court in a glass box a thousand kilometres away has been asked to be an accomplice in a major act of cultural vandalism” against a fundamental cultural symbol of the Italians. The Lautsi v. Italy case demonstrates that at European level there is a tendency to re-evaluate culture, leading to a paradigm shift in European moral values. How does an average person see the link between political and judicial decisions at European level and the role of Christian values in society?

The average citizen does not follow these decisions, but legal scholars, politicians and lawyers do. The law is not only there to impose obligations and set rules, but also to create moral habits. National, European and international courts solve a particular case, but at the end of the day, their decisions orient the entire society. The decisions of the ECHR have an impact on the lives of citizens in 47 countries.

In Europe, we are witnessing the pavement of a new moral framework which affects everyone.

This is very clear with the case of abortion. First, abortion was allowed only in certain cases, then the list of exceptions got longer. As soon as the society accepted these, the general acceptance of any type of abortion became the norm. And now we see the development of the right to abortion, and there are already voices at EU level saying that denying the procedure of abortion is an inhumane treatment of women and should be criminalized. This is how a wrongdoing turns into a right; and as a consequence, a doctor acting according to his Christian morals thus becomes a stigmatized, irresponsible person and even a criminal for denying an alleged “right”.

Where does this legal and moral paradigm shift in Europe lead?

As highlighted by Pope Francis, a polite persecution is going on Europe. This means that Christians are not in danger physically, but they are silenced, stigmatized and excluded from public life and the media. A common language is not what connects the continent, Europe is united by the Christian culture.

No matter where you are, in Moscow, London, Paris or Budapest, your journey will be paved with churches.

The value of the human being as creature of God permeates our understanding of societies and our political systems. The bigger the gap is between the European society and its Christian roots, the closer we get to the end of our civilization. Civilizations do not decline in days, it could take decades or centuries, but we are certainly on the road that leads to our downfall, if no change of orientation is made. What can those Europeans do who worry about the future of Europe built on Christian values?

There has never been a civilization which was maintained without a strong religion. The European Christian community must voice its concerns, it should not remain silent.

The negative tendency can be turned around, the story of Europe has not come to an end.

But to induce change, we need active citizenship and cooperation. For example, if a father is aware that his 8-year-old child is asked by the teacher to think if he feels attracted to other girls or boys, and that both cases are right (as it happened in a primary school in Spain), he must complain to the headteacher, talk to other parents, cooperate with them and exercise his rights. At first, we might feel alone and we might feel powerless. But we should not forget that 40 years ago those people who today place LGBT flags on state and EU buildings were also in minority. If we refuse to orient the ship called Europe, others will steer it for us. Because the mistake is not made by those who act, but by those who choose silent resignation. 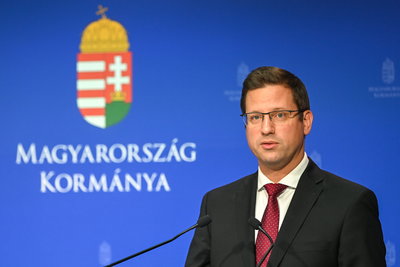 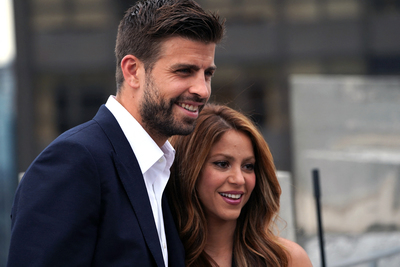 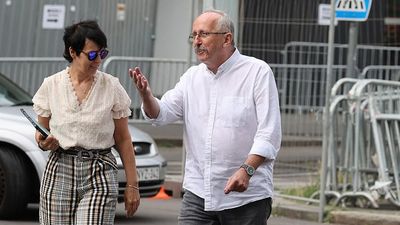 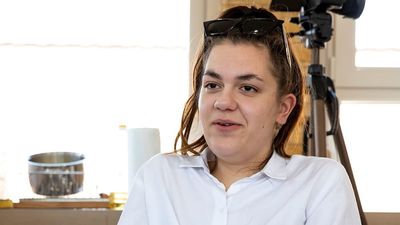 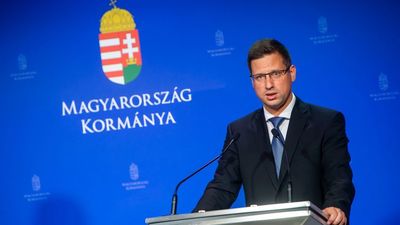 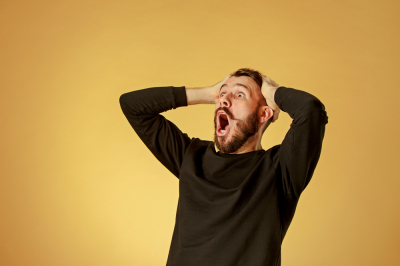 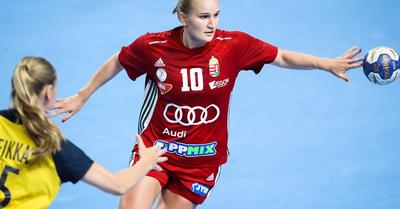 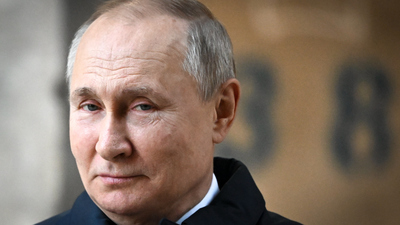 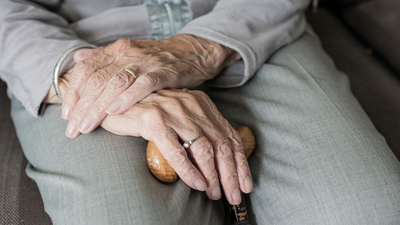 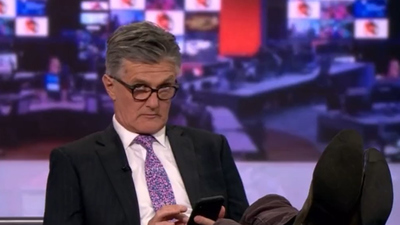 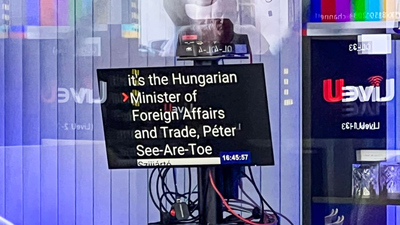