Írta: Dr. Sándor Lénárd
There are at this moment two key approaches to reform: non-structural and structural. Non-structural reform focuses on incremental improvements to the current investment arbitration system. Structural or institutional reform focuses on the establishment of a two-tiered multilateral investment court -- Catharine Titi, research professor pointed out in a conversation with Lénárd Sándor about the Working Group III of UNCITRAL.

You have been studying for quite a long time the legal, economic and political perspectives of the investment treaty regime that is one of the most controversial but least understood fields of international economic law. How well were capital importing countries aware of the risks associated with international investment treaties in your view?

I would like to start by first asking another question: which are the capital importing countries? In the past, we used to draw a relatively clear distinction between capital importers and capital exporters. Capital importers were mainly developing countries and capital exporters were mainly industrialised countries. In some early investment treaties this distinction was drawn very clearly. I have in mind a 1972 bilateral investment treaty between France and Tunisia, whose preamble expressly established the parties’ desire to encourage French investments in Tunisia, thus creating the presumption in favour of a one-sided flow of capital. However,

the distinction between capital importers and capital exporters is less clear today.

What types of risks do investment treaties pose?

I assume that by ‘risks’ you refer to the fact that

a state may face ISDS proceedings and have to comply with an adverse award or, for example, that in the course of ISDS proceedings, a state may discover that a particular provision in an investment treaty is to be interpreted differently than in the manner understood by the state.

I will use the term ‘risks’, because it is the one you used, but with the caveat that we must not forget that, while ISDS may be perceived as a ‘risk’, it has been put in place for good reason. Focusing on the ‘risks’ is very trendy, but we must not have an ahistorical view of why dispute settlement mechanisms, including ISDS, were created in the first place.

Now we have all been discovering the ‘risks’ of ISDS as we went along. This is not something specific to developing countries, but it is specific to capital importers. The ‘risks’ related to ISDS proceedings are perceived from the viewpoint of the capital importer, that is, from the viewpoint of the host state. It is the host state that may have to face dispute settlement proceedings.

This is not to say that there have not also been differences between developing and industrialised countries. One particular difference concerns the respective reactions that some industrialised and developing countries had. Industrialised countries were generally faster at responding to the perceived ‘risks’ by amending their model treaties. For example, the experience of NAFTA arbitrations led the United States and Canada to modernise their model investment treaties and broaden the exceptions for policy space they contained. Some developing countries were slower to react. This is especially obvious in cases where an old generation-style investment treaty with no exceptions and no balancing of interests is signed in South-South relations. In such a case, it is clear that the treaty has not been imposed by one party on the other and it probably shows that the two parties may have been unaware of the evolution of the law in this respect. That said, I can think of examples of developing countries that have actually created modern and innovative investment treaty models. Catharine TITI, DR IUR., FCIARB, is a tenured Research Associate Professor at the French National Centre for Scientific Research (CNRS)–CERSA, University Paris II Panthéon-Assas, France. She serves on numerous academic boards, including the Board of the European Society of International Law (ESIL), the Academic Council of the Institute for Transnational Arbitration (ITA) and the Steering Committee of the Academic Forum on ISDS, whose work contributes to the discussions in Working Group III of the United Nations Commission on International Trade Law (UNCITRAL). Her new monograph, The Function of Equity in International Law, is published by Oxford University Press (2021).

Can you give us some examples of these innovative models?

I am thinking for instance of the Colombian model bilateral investment treaty.Some developing states reacted by terminating their investment treaties or denouncing the ICSID Convention – or both. However, here too things need to be put in perspective. For example, even industrialised states have had some similar reactions. Some new investment treaties signed by industrialised states give no access to investor-state dispute settlement. And some developing states that a few years ago seemed sceptical of investment protections and investor-state dispute settlement want to reengage with the system.

Negotiations on reform of ISDS were entrusted to Working Group III of UNCITRAL in 2017 and biannual sessions have been convened since then. Negotiations alternate between Vienna and New York. Phase 1 and Phase 2 of the negotiations focused on identifying concerns with the current system of ISDS and deciding on the desirability of reform. We are now in Phase 3, which looks for the first time into the content of the desired reform. According to the current provisional workplan, negotiations could conclude in 2026.

There are of course different approaches to reform and they have been extensively discussed, so I will only add a couple of words. There are at this moment two key approaches to reform: non-structural and structural. Non-structural reform focuses on incremental improvements to the current investment arbitration system. Structural or institutional reform focuses on the establishment of a two-tiered multilateral investment court, which is the project carried by the European Union, or of an appellate mechanism that could use the second tier of the multilateral investment court.

There are of course overlaps between these three approaches and, especially, there are cross-cutting issues that can be addressed in the same or similar manner, independently of whether one opts for structural or non-structural reform. Some delegations have already a clear position as to the type of reform they wish to adopt, others have reserved their position and follow a more flexible wait-and-see approach.

What can you tell us about the actual conduct of the negotiations?

UNCITRAL works by consensus and this creates some interesting dynamics. Different states may support different approaches to reform but, for example, when sessions focus on the multilateral investment court, even states that favour arbitration participate. As a result, they put their stamp on the design and functioning of the prospective court, although some of them are ultimately unlikely to sign up to it. At the same time, some of these states that are in principle opposed to the idea of a multilateral investment court may end up deciding to become members of a court that they themselves will have helped shape. Of course, it is also possible that, at some point in the future, there is going to be a split between delegations that favour structural reform and states that favour non-structural reform.

And what can you tell us about the format of the negotiations?

Another interesting aspect of the negotiations is that they resemble less traditional diplomacy and more the negotiating practice of multinational firms. To some extent of course this is true of negotiations conducted under the aegis of an international organisation. Results drive the process. For example, when the typical biannual sessions appeared insufficient, a third meeting was called. During the Covid-19 crisis negotiations continued in a hybrid format. The Working Group’s current provisional workplan also points to this need for efficient planning geared towards achieving results.

Negotiators rely on the UNCITRAL Secretariat to prepare various working documents for each session. The role of the Academic Forum on ISDS must also be noted in this context. The Academic Forum often responds to specific requests by UNCITRAL and states. For example, it constitutes working groups that produce policy papers on specific reform topics and its work feeds into the negotiations. This in its turn raises new questions about the legitimacy of the participation of this non-state actor in a state-led process.

Finally, the negotiations are open to non-governmental organisations, which attend as observers. This is novel for international investment lawmaking, which has traditionally taken place behind closed doors, although not necessarily for UNCITRAL. In addition, the sessions are recorded and made available online.

How do you anticipate the actual impacts of UNCITRAL negotiations on the ongoing states’ treaty reform? Which reform ideas are states more willing to embrace in your view?

The idea is that one or more multilateral instruments may be adopted that would amend the dispute settlement provisions in existing investment treaties. Arguably,

When it comes to the solutions that states will ultimately adopt, it is likely that there will be some fragmentation, with some states subscribing to some types of reforms (e.g. non-structural) and other states to other types of reform (e.g. structural). It is also likely that an important number of states will embrace more than one type of reform so that a different type of reform will apply depending on their treaty partner. The European Union Is Not Just in Disagreement, It Is Afraid of Hungary – conversation with Jeff Sessions
1 The Move Towards Automation Is Critical – conversation with Rosemary Coates 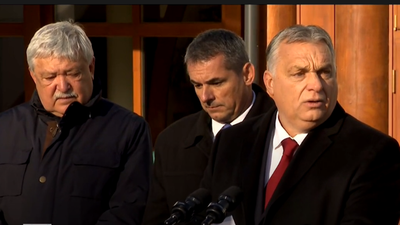 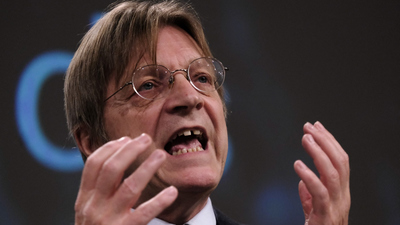 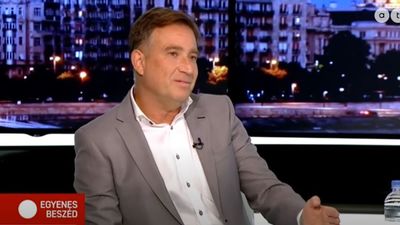 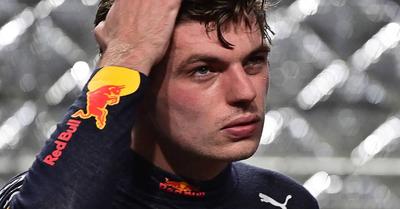 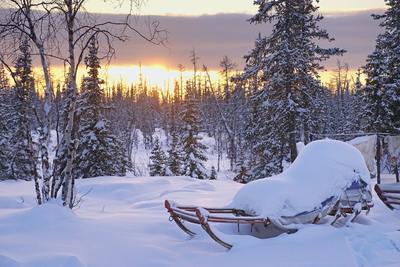 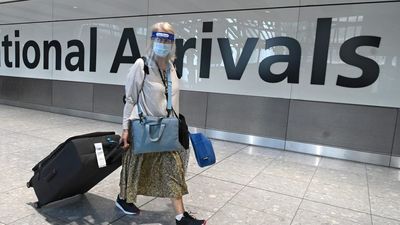 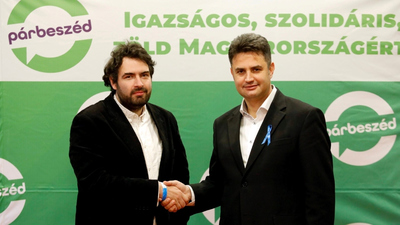 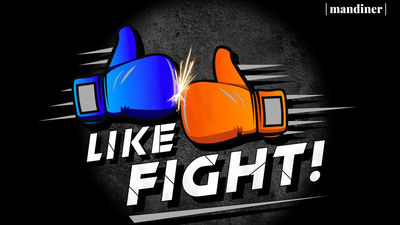 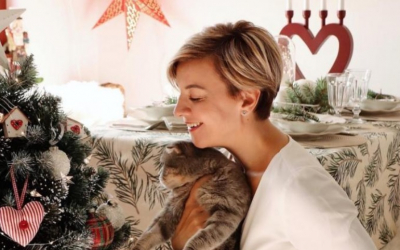 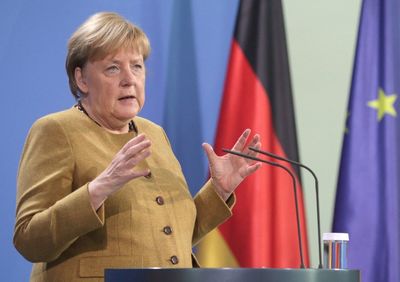 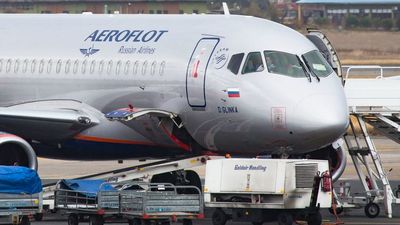