The "Silenced Majority" of America - conversation with President John Hurley

Írta: Dr. Sándor Lénárd
In the 1960s and 1970s in the United States, politicians like President Richard Nixon used to talk about the Silent Majority in the United States. We may have a new kind of majority in this country, but it may be more appropriate to call them the Silenced Majority, people who calculate the risks of expressing a point of view that might be controversial and decide to remain silent -- John Hurley, President of Canisius College pointed out in a conversation with Lénárd Sándor

Canisius College was founded by German Jesuits and it has a long history that dates back to 1870. So the two defining heritage or characteristics of this Upstate New York College are tradition and the spirit of Catholicism. What, in your view, are their importance in the contemporary education system? How have been Canisius trying to protect and infuse these values into the curriculum?

The mission statement of Canisius College contained in the college’s strategic plan, Canisius 150: Excellence, Service, Jesuit, states: Canisius College, a Catholic and Jesuit university, offers outstanding undergraduate, graduate and professional programs distinguished by transformative learning experiences that engage students in the classroom and beyond.  We foster in our students a commitment to excellence, service and leadership in a global society.

The mission statement prioritizes the college’s status as a Catholic and Jesuit university. The plan includes an explanatory note which states what it means for Canisius to be Catholic and Jesuit: Canisius is an open, welcoming university where our Catholic, Jesuit mission and identity are vitally present and operative. It is rooted in the Catholic intellectual tradition’s unity of knowledge and the dialogue of faith and reason.  Founded by the Society of Jesus as a manifestation of its charism, Canisius espouses the Jesuit principles of human excellence, care for the whole person, social justice, and interreligious dialogue.  Jesuit spirituality calls us to seek God in all things and Jesuit education aims to form students who become men and women for and with others.

The presidents of the Jesuit colleges and universities in the United States developed a whitepaper in 2011 entitled, “The Jesuit, Catholic Mission of U.S. Jesuit Colleges and Universities,” in which we stated, “Being Catholic, Jesuit universities is not simply one characteristic among others but is our defining character, what makes us to be uniquely what we are.”

I think that in the past decade, Canisius College has been exploring these questions in a variety of ways.  We are committed to and guided by St. John Paul II’s Apostolic Constitution on Catholic Universities, Ex Corde Ecclesiae, when it comes to our Catholic identity.  At its essence, it means being a university that stands together with the Church in the sense that (1) there is a respect for official Church teaching that is reflected in the academic and co-curricular life of the campus, and (2) the college does not do anything that would undermine Church teaching.  It means a commitment to the essential framework of faith and reason as a pathway to truth and to the centrality of the Catholic intellectual tradition in the college’s mission and curriculum.  But it does not mean surrendering our status as a university, a place where academic freedom and the search for truth are the highest priorities.  We support the work of the institutional Church, but we are not the institutional Church. The American educational system has been long criticized as being bias against intellectually diversity. How do you see these criticism? How, in your view, could tradition and a Catholic-Christian mindset help remedy these shortcomings and promote diversity of viewpoints?

I am not sure I understand or agree with the premise of this question. As noted above, universities should be places where academic freedom and the search for truth are the highest priorities. So

by their very nature, universities are committed to intellectual diversity.

Currently in the United States, however, this understanding of the role of universities appears to be under attack from both the left and the right in their attempts to limit free speech on campuses. We are caught in some unfortunate culture wars that in the long run, will not serve our students or our society well.

Catholic universities have historically encountered some tensions between academic freedom and fidelity to Church doctrine, but these tensions have typically been in matters of theology.  The challenge for universities, theologians and the institutional Church is to reach an understanding about the appropriate role of theology and its role in moving the Church and the faithful toward a greater understanding of the faith.

There is sometimes in the United States a notion that Catholic universities are narrow and restricted in their thinking, teaching and research, but I think the opposite is true. Years ago, I heard a Catholic university president express it this way:  We tend to say at times, that even though we are Catholic, we can still do X.  In fact, it’s just the opposite.

It’s precisely because we are Catholic that we are open and welcoming and committed to the pursuit of truth.

We can witness a renewed aspiration on both sides of the Atlantic to discover, understand and promote the unique American and European way of life. What virtues characterize the United States or this American way of life and what is the best way to preserve them and pass them on to the next generations in your view?

This is another area, unfortunately, where the polarization in American society and the culture wars are preventing productive discussions about an agreed set of virtues in the American society.  I think that polarization, “wokeism” and the cancel culture are all stifling debate and preventing young people from engaging in authentic dialogues with one another that can lead them to truth.  In the 1960s and 1970s in the United States, politicians like President Richard Nixon used to talk about the Silent Majority in the United States.  We may have a new kind of majority in this country, but it may be more appropriate to call them the Silenced Majority,

people who calculate the risks of expressing a point of view that might be controversial and decide to remain silent.

And I stress, I’m not talking about right wing provocateurs who seek to make a living by inflaming rather than informing. I’m talking about ordinary people who have reasonable points of view on subjects, but simply choose not to engage because the backlash will be too great.  That’s unfortunate in so many ways.

So Catholic universities play an important role in promoting free speech and expression, the search for truth, and a commitment to justice in the world, all of which I would like to see enshrined as core values of the American society.

With regards to virtues, many scholars and thinkers have recently point to a rift between the “Somewheres” and the “Anywheres” in Western Societies. The “Anywheres” want to escape the limits and thus have no longer real attachments to local communities. In contrast, the “Somewheres” insist on their roots and traditions. From this perspective, what are the importance of local communities, nations and schools in preserving the virtues and values of Western societies?

It is commonly understood that colleges and universities have three distinct purposes: the education of young minds, research that can expand the body of human knowledge, and service to the communities they serve. There are large national Catholic universities in the United States that define their communities broadly and are serving the global and national communities. Other colleges, like Canisius, are more focused on their local communities and contributing in appropriate ways to neighborhoods and institutions.  In the process,

we hope to instill in our students a commitment to a life of service to others,

which we believe is at the essence of a Jesuit education.

If we take a look at the European Union, what we can see is a decade-long crises period since at least from the Great Recession in 2008. The EU has been in retreat in terms of its reproduction rate, defense spending as well as its weight in the global economy. Moreover, it lost one of its strategically and economically important Member States. In the meantime, the EU has largely turned its back to Christianism that used to be its very soul. What, in your view, can be the correlation between two? What can the old continent learn from America?

There are many people in the Catholic Church who connect the secularization of European society with the list of social ills and shortcomings that you identify.  There is a sense among many Catholics that we have lost our way and this plays out in so many ways.  I am not sure that America has much to teach Europe on this score.  My sense is that the United States may be a bit behind Europe in its growing secularization but it seems to be following the same path.

What is the answer? From the perspective of a Catholic college, we think that Catholic Social Teaching and the enduring message of the Gospels provides a solid framework to build lives of meaning and purpose.  We remain committed to this.  The failures of the institutional Catholic Church, primarily with respect to the horrific sex abuse scandal involving the clergy, has deprive the Church of its moral standing to be a partner with the colleges and universities in this process.  American Catholics, like their European counterparts, may have been baptized in the Catholic Church but they are not practicing the faith and over time they move away from the Gospels as the driving force in their lives.

James Burtchaell of the University of Notre Dame wrote a book entitled, The Dying of the Light: The Disengagement of Colleges and Universities from their Christian Churches (1998), that contained several case studies of how universities originally founded by Christian Churches, including Catholics, had strayed from their founding charism and ultimately ended up as secular universities. While his study was criticized in many quarters, his central premise was correct that Christian colleges and universities had over time become secular was correct. In 1998, this was a warning signal to Catholic colleges and universities who were grappling with the declining number of vowed religious (priests, sisters and brothers) in their faculty and administrative ranks and what that portended for their Catholic identity. So, secularization is something that both America and Europe needs to confront.

How can this trend be overcome in your view?

The short answer and the one that is being discussed in Catholic higher education circles in the United States involves a recommitment to Catholic social teaching and enhancing the role of the Catholic intellectual tradition throughout our curriculum.  This would include emphasizing the following themes, among others: Life and the dignity of the human person; the call to family, community and participation; the preferential option for the poor and vulnerable; and care for God’s creation, our common home here on Earth.

Catholic universities have much to offer the world

on these important themes. 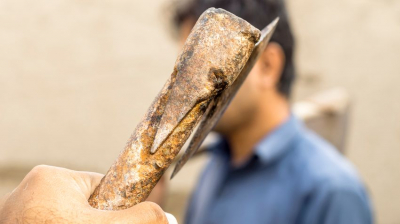 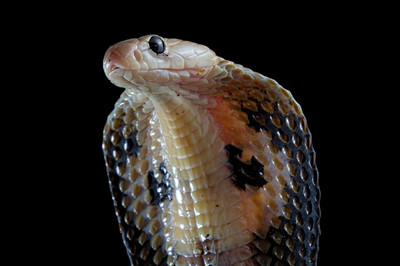 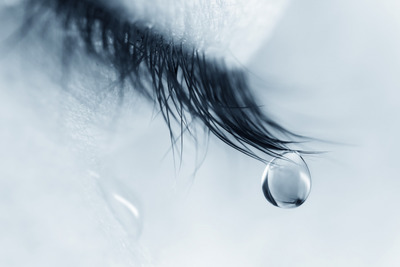 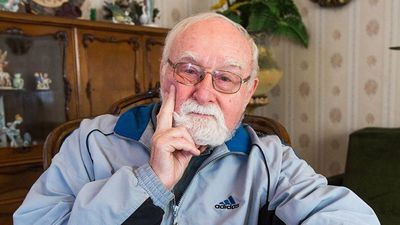 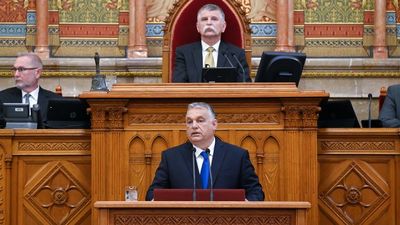 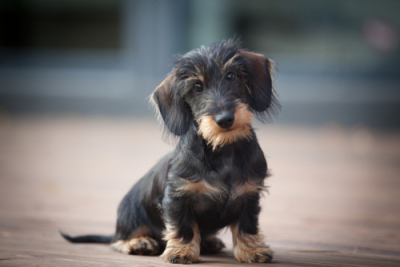 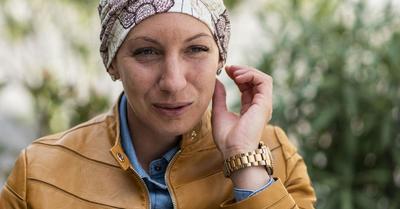 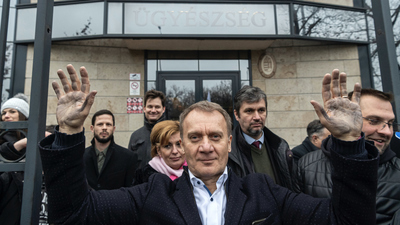 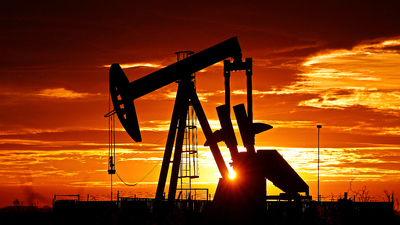 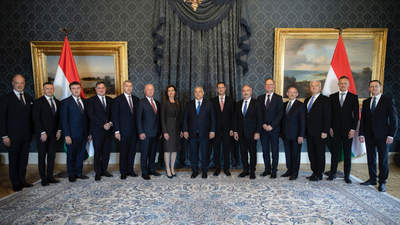 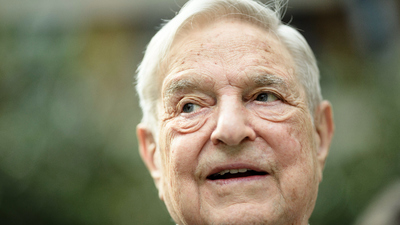