Írta: Dr. Sándor Lénárd
There is a consistent lack of understanding of the more primordial forces in history among European policy makers. Europeans need to disprove the adage that “Americans come from Mars and Europeans from Venus,” in short that Americans fight wars and Europeans are pacifists. But the way to prevent war are strong defenses – Norman Naimark, Professor of Stanford University pointed out in a conversation with Lénárd Sándor on the context and consequences of the Russia – Ukraine war.

Russia has brought war again to Europe by invading its neighboring Ukraine. Such war has been unknown in Europe since at least the Yugoslavia conflict in the 1990s. Looking at this war from a wider perspective, my first question is whether European and especially Western Europeans have ignored the reality of politics, the interests of powers and “spheres” and come under some misleading illusion about peace after the dissolution of the Soviet Union?

Europeans and especially West Europeans can be forgiven for having assumed that the collapse of the Soviet Union would lead to an era of peace on the continent. After all, the Cold War dominated the continent and its foreign relations for close to a half century. The dismantling of the Soviet Empire, which accompanied the end of the Cold War appeared to provide the international system with a lengthy period of interstate comity. But history itself frequently teaches harsh lessons to those who ignore the rise of aggressive powers and the resentments of the losers in the international system. What seem to be antiquated forces such as virulent nationalism and revanchism can still too easily emerge to disturb the peaceful evolution of interstate affairs.

Europe needed and needs to foster a hard-headed realism about international affairs. Europe again seems to be uncapable of securing peace in its own continent in the face of diverging interests of superpowers. What are the major both moral and material causes of this weakness in your view?

"Europe" – in this case meaning the European Union -- was built on the foundations of the devastation of World War II and looked to the peaceful resolution of conflicts within its structures. From the very beginning, the idea that trade and positive economic relations can eliminate the bases for animosity and warfare is deeply embedded in the EU's history and traditions.

Without a serious security organization of its own, the EU cannot ensure the peace.

Relying exclusively on NATO is also not a great idea, as seen during the Trump period, when the Americans could not be depended on to provide necessary security guarantees. It was almost as if Germany had woken from a long sleep on February 24 (the Russian invasion of Ukraine) to find itself in need of a real army and a serious ability to restrain Russian aggression. "Wandel durch Handel" would simply not work. There is a consistent lack of understanding of the more primordial forces in history among European policy makers trained to think in social science and, above all, economic paradigms.

Due to their geographic locations, countries of Central-Europe including Hungary have a somewhat different historical experiences with wars. While other countries managed to build empires or became superpowers due to their wars, the development of Carpathian Basin have always been hampered by various wars throughout the past centuries. How in your view could and should the West take into account their interests that are based on historical experiences?

Since the break-up of empires at the end of the 19th and beginning of the 20th centuries, the region of the Carpathian Basin, the Pannonian plain has been an area of instability and episodic warfare. This is a region that also found itself frequently the crossroads of the armies of major powers.

This should make the region particularly sensitive to the needs of European institutions like the European Union and NATO.

In fact, they should be their most loyal participants. During the interwar period, the hopes of the region were placed on the ability to cooperate with each other in regional security associations. But, in the end, this did not work, as Adolf Hitler managed to enforce German interests in the area. After World War II, it was Stalin and the Soviet armies that dominated the region. Now, close interstate cooperation within the overarching context of EU and NATO policies should be able to help build a framework for the peaceful resolution of problems. It would be a tragic mistake if the countries of the region tried to "go it alone."

However, globalization did not make geography irrelevant and the countries of this region need to find a peaceful balance among the various power interests that are present here. How can or should the West recognize and help this aspiration?

The peace can only be assured by hard-headed security guarantees.

Look at Germany, which has almost completely thrown over its traditional attachment to accommodationist policies vis-á-vis Russia. The rights of Russia as a regional power should be respected, but it is also true that the sovereignty of its neighbors cannot be violated, as they have done in Ukraine. Moscow needs to earn the respect of its neighbors, in Central Europe too, not bully them.

The issue of nationality and minorities has also resurfaced as one of the major causes that has been leading up to the conflict. Nationalities have a checkered history in Central and Eastern-Europe. You have previously looked into the nationality problems of the Soviet Union, I am wondering how you see the past decades from this perspective and what should the West better consider in this area?

The West – Europeans and especially Americans –

need to have a clearer understanding of the importance of ethnicity and nationality in East Central Europe and former Soviet space.

Americans have only the vaguest ideas of the role that national identity plays in the former Soviet Union and in the contemporary fighting in Ukraine. It is hard for Westerners to grasp that, along with ethnic Ukrainians, ethnic Ukrainian Russians are fighting in Ukraine against the Russian invaders. Putin's (false) historical claims about the lack of a distinct Ukrainian nation are hard for most to understand, especially since they are combined with fantastical (and diabolical) assertions that Ukrainian Nazis are running the nation. Putin's ideas of a "Russian World" that includes Ukrainians and Belarusans, as well as "Great Russians," are also hard to grasp, given the West's uncertain understanding of "Russia" and of "Ukraine." In the course of the war, these distinctions and issues are becoming clearer.

However, as we could also learn from the famous “X Article” of George Kennan, the behavior of Russia has been rooted in a deep insecurity that leads to need of a buffer zone. I am wondering whether this old experience could or should have been taken into account in international politics.

Absolutely. Remember that Kennan is the author of "containment," meaning drawing a line in the sand and saying "no further." This was the purpose of NATO expansion and the need for Article 5. Why would the Central Europeans be any different from the Baltic states or Poland in this connection? And you can bet the Balts and Poles, though nervous, are thrilled that there is NATO, Article 5, and read and reread Kennan.

In your academic research you have been focusing on ethnic cleansing and genocides in the 20th century Europe and you have written several books on this question. What can and should we learn from this history?

There are many lessons to draw from this kind of scholarship. Maybe most important is that the mantra "Never Again!" is essentially a hollow one. It's certainly worthwhile to wish for a world in which there will be no genocide or ethnic cleansing, but the world history of these historical phenomena demonstrates that they can and will happen over and over again. The second major lesson is that war itself breeds ethnic cleansing and genocide. There are many reasons for this, but primary among them is that war breaks down social, political, and moral barriers to mass killing and mayhem, and allows the worst instincts of human beings to emerge. In doing so,

war serves as an icebreaker for atrocity crimes: war crimes, crimes against humanity, and genocide.

Wars of aggression, like Hitler's wars in Europe and against the Soviet Union, and Putin's war against Ukraine, are also crimes under international law. At this moment, we are facing the possibility that Russians committed genocidal crimes in their offensive against Kyiv. It is sad to say that this kind of discovery is not unusual in the history of warfare.

In some sense, this war is a wake-up call for Europe. What are the most important lessons to be learnt for the future of Europe in terms of strategic autonomy?

The lessons for Europe are legion. The first and most important is that Europe needed and needs a unified security policy towards Russia and its revanchist aims. As mentioned above, unified and full-fledged support of NATO, including meeting budgetary commitments, is absolutely necessary for Europe to be able to influence Russian policies and actions. Good will and trade will not suffice. It is not enough to rely on Article 5 of the NATO Treaty to ensure that Europe will be ready in the case of Russian aggression. Active steps towards reinforcing front-line countries, such as have been taken in the past month, will need to continue into the indefinite future. European countries need to do better at developing, building, and delivering new weapons systems to their NATO partners.

Once again, relying on the Americans is not enough. Europe needs to adopt a serious security posture of its own.

In this connection, the European Defense Union also requires funding and serious recruitment and training. There will be times when NATO might not be the right instrument for guaranteeing European security. That is when the European Defense Union can step in. Certainly, another important lesson is the need to reduce European dependence on Russian oil and gas. Policymakers and outside observers have been saying this for decades. In dealing with sanctions against Russia, I would agree that every country, including those in Central Europe, need to think about their  own interests and should not be bullied into joining sanctions that they  deem injurious to their own people. Still, it would be a good thing for Europeans to show solidarity about the  sanctions regime, as best they can. While there are other specifics that could be mentioned, one general proposition should be observed.

The traumas of the Second World War are a powerful reminder of the horror of war. But the way to prevent war are strong defenses, a readiness to confront aggression, and a willingness to sacrifice a measure of economic well-being for the peace of the continent. 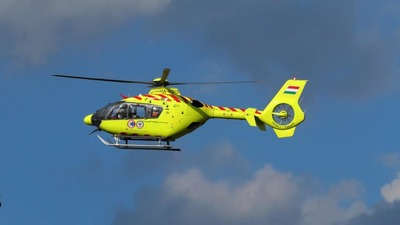 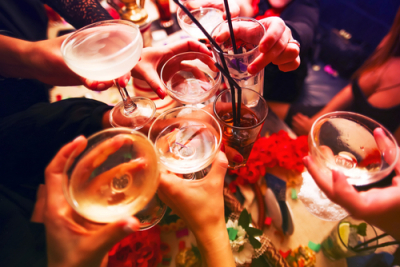 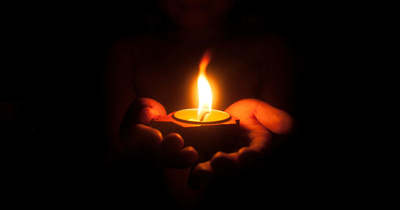 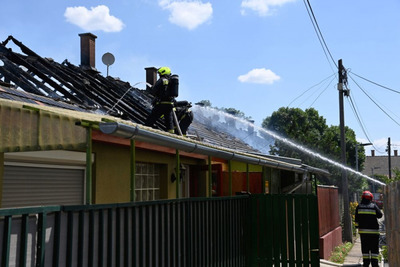 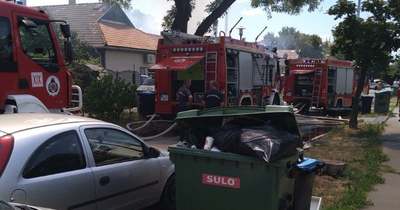 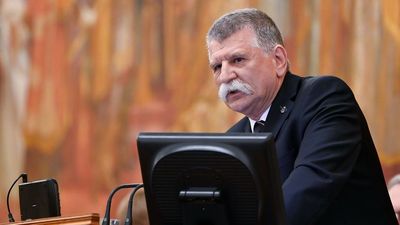 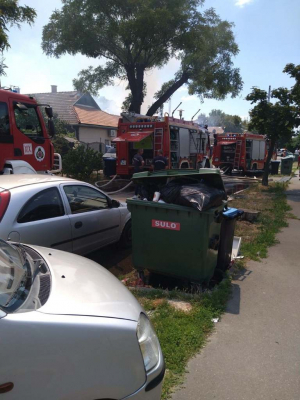 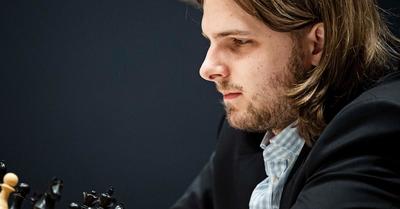 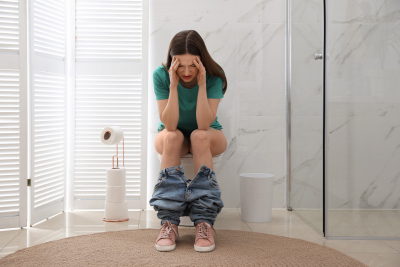 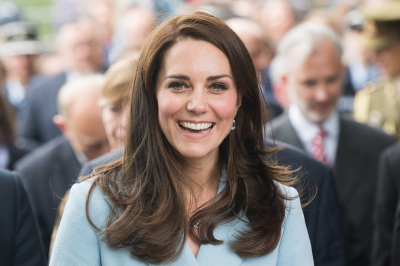 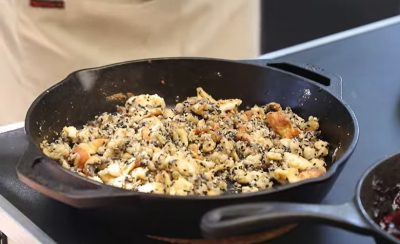 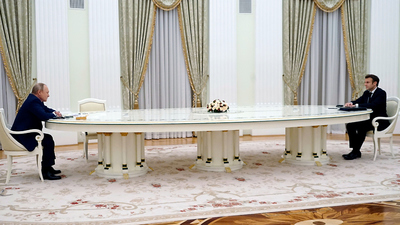